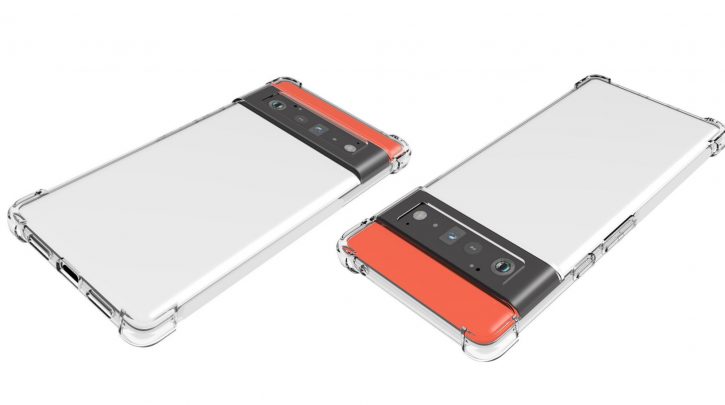 A battle between two giants is coming, as we are nearing the release of a new Google flagship.

Though Google’s Pixel 6 won’t be released until the fall, but it is already the subject of many discussions.

If the Pixel 6 will be one of the best Android smartphones of the year, it will be facing the Samsung Galaxy S21.

Samsung launched its flagship at an early point this year, and, as expected, it set the tone for numerous Android devices.

The S21 lineup introduced a set of quick-refreshing displays, decent telephoto and arguably the best performance for an Android device of the time.

Therefore, the Pixel 6 has some serious competition. Thankfully, there is enough information available in the form of leaks to compare the two devices.

We will be comparing the base models of the two – the regular S21 (not the Plus) and the standard Pixel 6.

Let’s start with the screen size.

The S21 uses adaptive display technology, meaning that the device adjust the screen refresh rate according to activity – tasks like scrolling and gaming would require a higher refresh rate.

The Pixel 6 will be powered by the impressive Google Whitechapel, while the S21 runs on the Snapdragon 888, which proved reliable and very capable.

The Pixel 6 would feature a Main + ultrawide module, while the Samsung model includes a 12MP main, 12MP ultrawide, and 64MP telephoto sensor.

The Pixel 6 will be based on Android 12. The S21 runs on Android 11, but it will most likely receive an update to the latest OS version soon.

Google always worked hard to have a special price compared to other flagships by considerably lowering it.

The Pixel 5 had a launch price of $699, and we expect the company to launch a new device at a similar price range.

The S21 was launched at $799, a considerable $200 drop from the Galaxy S20 that was released one year before that.

According to the leaked images depicting the Pixel 6, Google appears to be mixing things up from past devices.

The Pixel 6 has an exquisite look, highlighted by a horizontal camera strop that reaches across the upper third of the device.

Also, an accent colour hovers over that, giving the device a pleasant, dynamic look.

The S21 also looks very sharp. It has flat edges, making it simple to grip and ditching any inadvertent touches on the display margins.

The rear camera module beautifully blends into the chassis of the phone, so it doesn’t poke out as it does on the Pixel 6.

Samsung used a plastic back to decrease the cost of the smartphone.

Thanks to Samsung’s early release plan, they are usually the first company to feature the latest Snapdragon silicon.

As for the Snapdragon 888, which powers the S21, is one of the best performing chipsets of all time.

Though we don’t particularly know what chipset will be at the base of the new Pixel, we can assume that Google will repeat what they always do and use top-of-the-line Qualcomm chips like other Android devices.

If you are looking for a new flagship smartphone, we strongly suggest that you wait for the Pixel release and some first reviews as you may regret rushing to make a choice otherwise.

Daryl Osuna worked in telecommunications before becoming a full time tech and science reporter. FDaryl rank has his work published in many major publications including Wired, MacWorld, PCWorld, and VentureBeat. In regards to academics, Daryl earned a degree in business from NYU. When he’s not furiously editing or writing, Daryl can usually be found in the backcountry hiking and canoeing.

Invesco bets on $18B in BlackRock assets being up for grabs